Hanita epitomizes the climax of the Tower and Stockade operation. The settling of Hanita in a completely remote and isolated location in the heart of a hostile area, and at the height of the Arab Revolt, made a deep impression on the Yishuv (the Jewish community in Palestine), and made Hanita the national symbol of new settlement in the Land of Israel.

Exhibited in the Museum are the events of the period, the story of the ascent to Hanita and the early years of the kibbutz. The exhibition presents photographs, correspondence, diary extracts, objects, weapons, tools, and a short film containing interviews and archival material.

The museum is housed in a stone house which was built at the end of the 19th century on the ruins of a Byzantine church, and was used for residence, storage and housing of domestic animals. In February 1938, the Jewish National Fund purchased the Hanuta lands with the intention of settling the place on the Lebanese border. On April 12, 1938, the first Haganah forces ascended to Hanita Illit, and set up camp there around the stone house. In the first phase, a wall, a tower and barracks were built, and the water pipe was laid. In the second phase, the dining room, headquarters, warehouses and farm services were established.

In 1943 the southern half of the stone house was renovated, and served as a culture room and library. The openings were styled, the floor was covered with local stone tiles, and the roof was renewed in accordance with the Galilean .building tradition

In 1966, the renovation of the house was completed and the museum was inaugurated. A two-story structure was erected near the stone house to allow the exhibition to be expanded. In the courtyard of the museum are archeological finds discovered in and around Hanita, including Byzantine and Crusader columns and capitals, agricultural stone tools, a cistern and more. 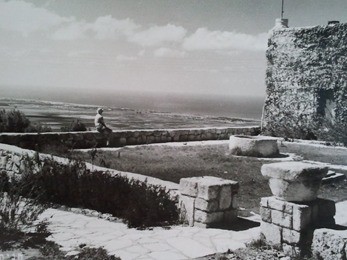 The Tower and Stockade settlements were established during the 1936-1939 Arab Revolt. Against the backdrop of these events and in view of the Peel Commission’s recommendations for partition of Palestine, the national institutions decided to take action to consolidate Jewish settlement in the border areas and strategic points throughout the country. The aim of the operation was to extend the limits of Jewish settlement, and to create a reality that would determine the political future of the settled areas. The Tower and Stockade settlements were established in a lightning operation: in only one day the camp was set up encircled by a gravel-filled wooden stockade for protection against gunfire, and in the center a watchtower topped by a spotlight.

The Ascent to Hanita

Despite the disputes and doubts surrounding the feasibility of settlement in the Galilee, the Yishuv leadership decided to purchase the land at Hanuta on the Lebanese border. Due to the difficult terrain, it was decided that the ascent to Hanita would take place in two stages: in the first, a temporary camp would be established in Lower Hanita, adjacent to the North Frontier Road, and in the second, the move to Upper Hanita would take place.

The ascent to Hanita took place at daybreak on Monday, March 21 1938. The mission was assigned to Haganah field platoons, the “Notrim” (guards), and hundreds of volunteers from the Yishuv. 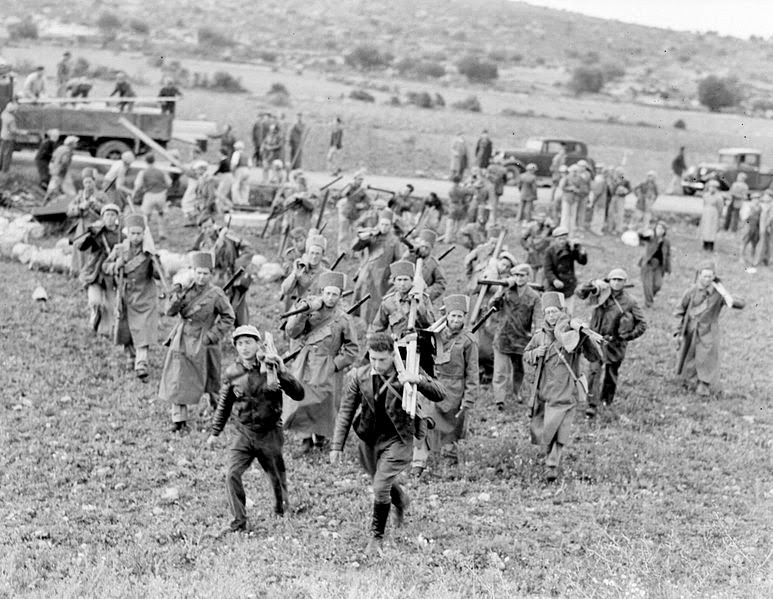 Six months after the ascent and settlement, members of the Shimron core group replaced the Haganah fighters in Upper Hanita, and were later joined by groups of immigrants from Austria and Romania. In its early days the kibbutz based its economy on goats, dairy cows, chickens, orchards, and vegetables, but all these efforts failed due to the difficult terrain and a shortage of water. As time went by, new creative ideas and economic initiatives were raised, two of which continued to function for years: the convalescent home and the metalwork factory.

The War of Independence

As a result of the siege coupled with fears of invasion by Lebanon, it was decided to break through to the besieged Western Galilee settlements (Operation Ben-Ami, 14 May 1948) with supplies. On the day the State of Israel was established, the forces broke the siege and united Western Galilee with the Jewish state. In a rapid evacuation operation, the children of Hanita were taken to Nahariya by armored vehicles, and from there to Haifa Port aboard barges. After the war the kibbutz was given the valley lands, water supply was ensured, and a new agricultural enterprise got under way. 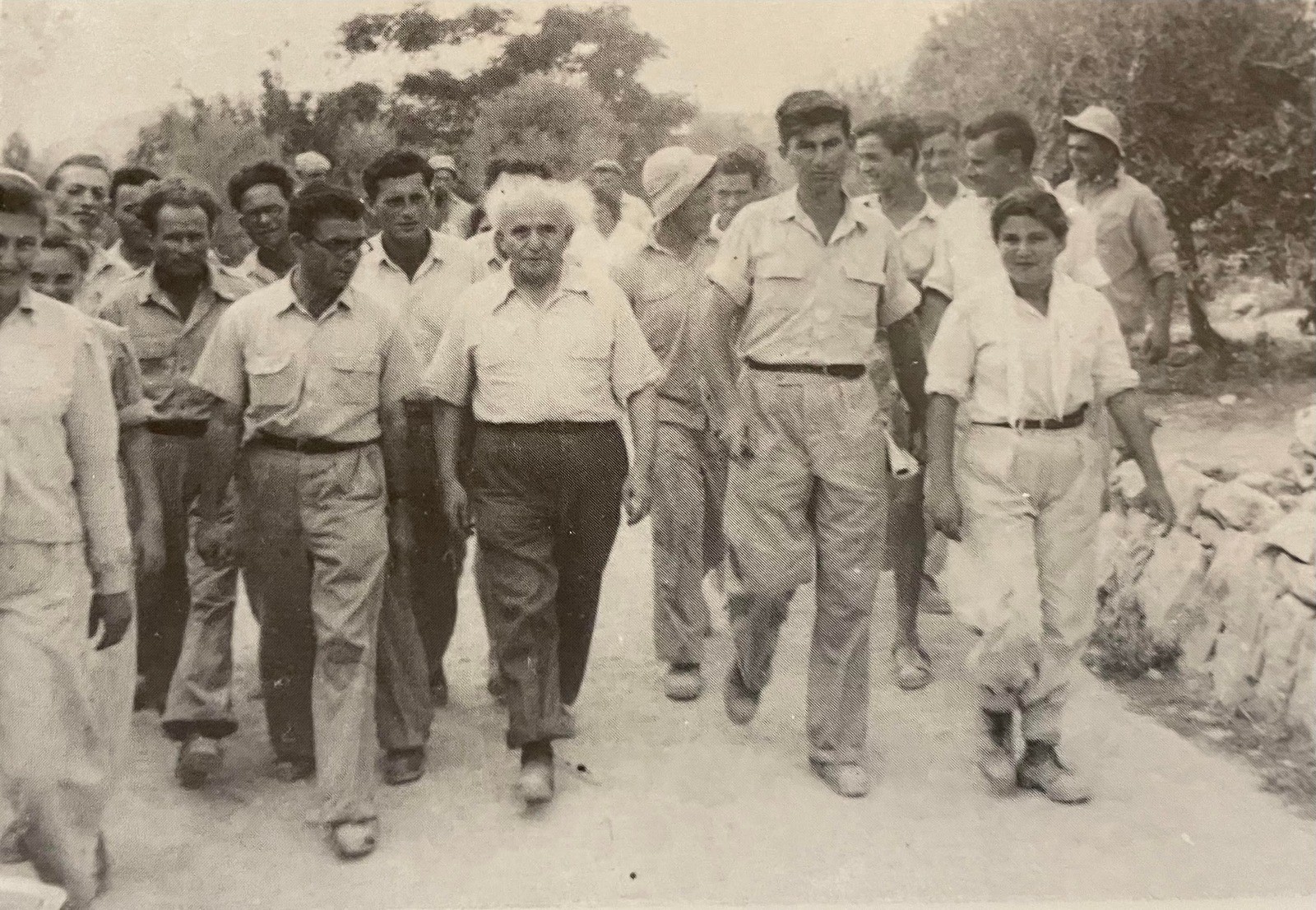 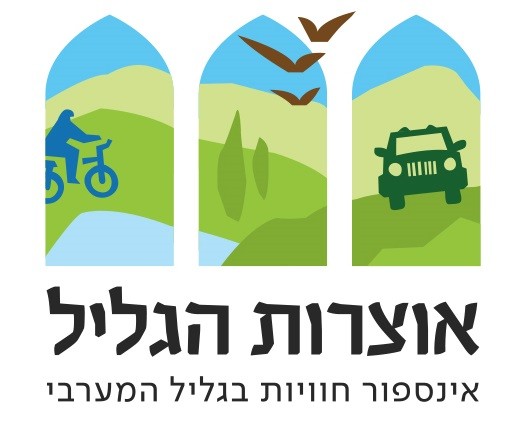 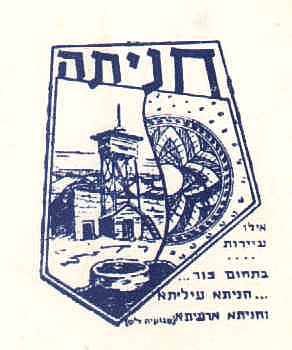